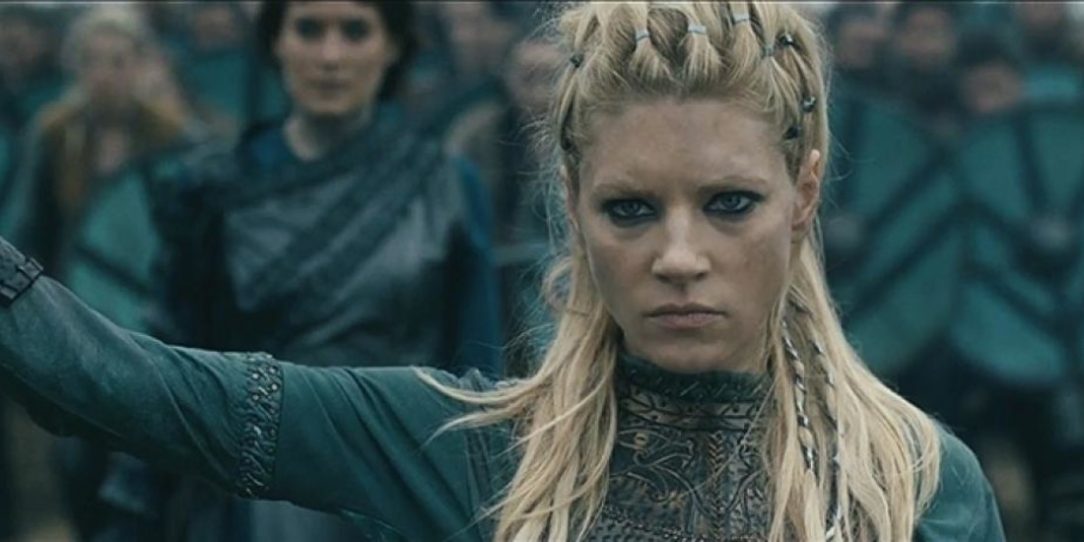 Lagertha from the series „Vikings“ is a Viking peasant, the wife of Viking legend Ragnar Lothbrok. She rose to fame with her husband due to their thirst for adventure and conquest. She became a Viking queen, and even after their separation and his death she ruled alone on the throne. „Vikings“ is not historically accurate but is inspired by many Viking legends. 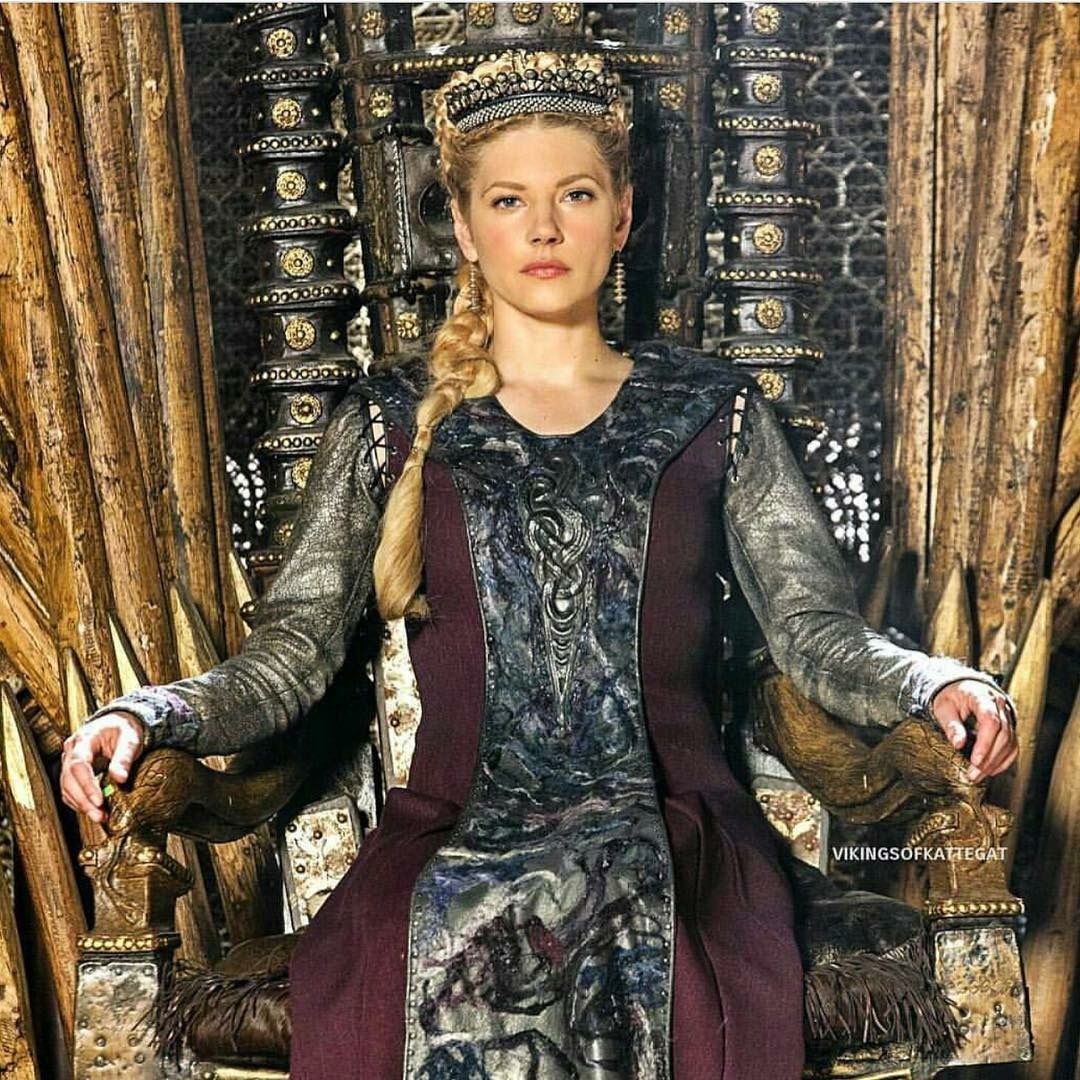 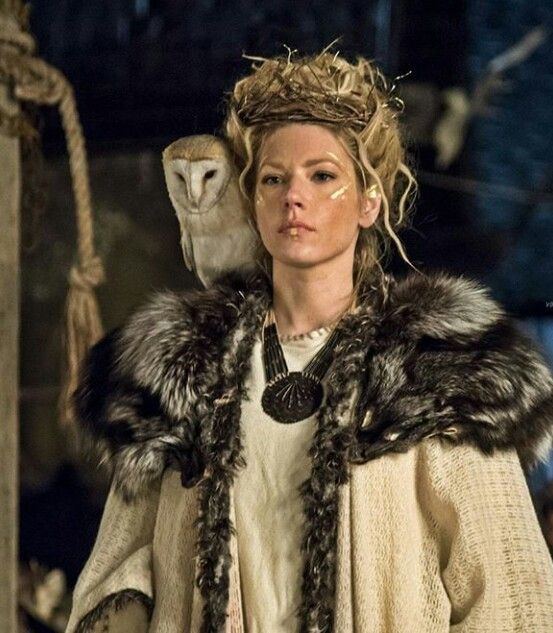 The character of Lagertha is the one I identify the strongest with and that fascinates me: a charismatic woman that fights better than most of her male counterparts, and that unites contradictory feelings and character traits: Lagertha is both absolutely compassionate and ruthless, strong and soft, powerthirsty but powertired, mistrusting and yet so often too trusting. 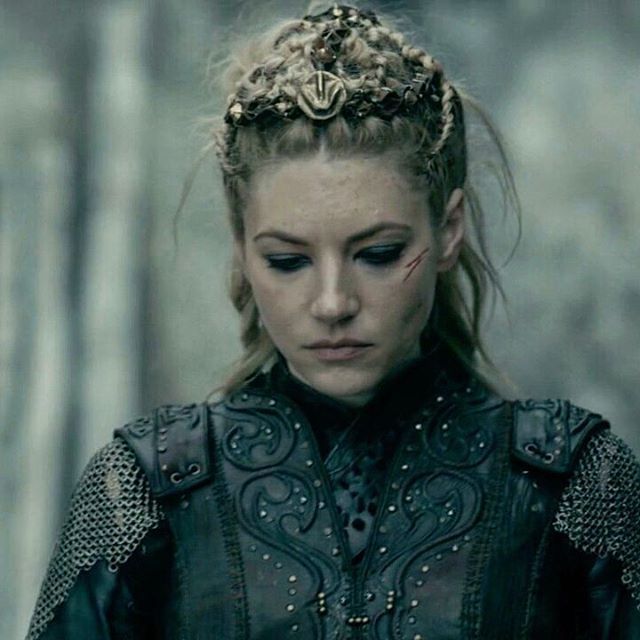 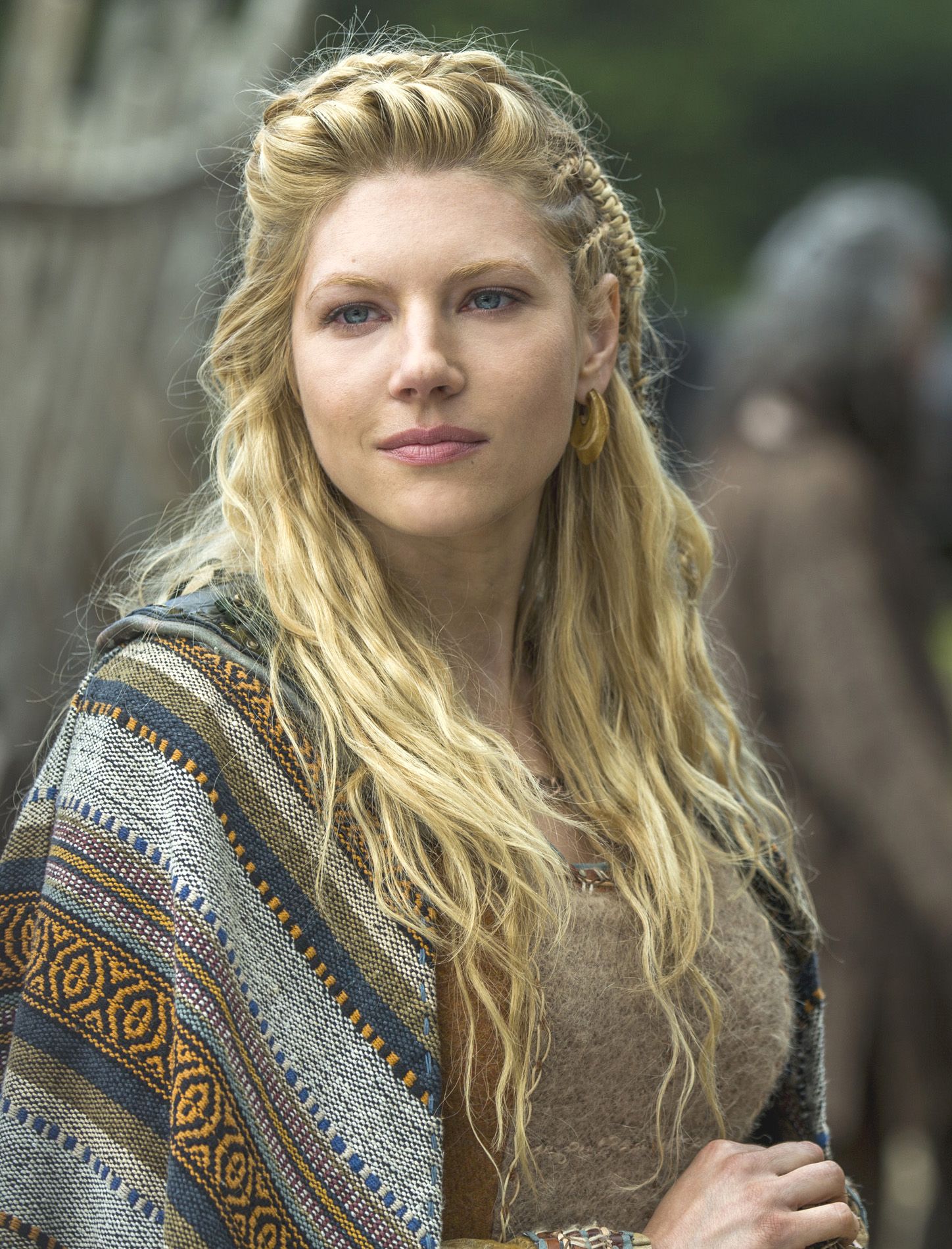 There is one major character weakness: she has a short temper in situations that demand more pragmatism. But there is also one strength that Lagertha has and will always keep: she is incredibly loyal to the ones she loves, ready to sacrifice everything for them. That is maybe why she often enough gets disappointed in life – she is ready to fight a war that is not hers for someone she loves – while many others often focus on their own goals or at least won’t go that extra mile for anyone. Being a queen herself, her real strength is to lead another leader to victory – the one who has Lagertha on his side, will be victorious.

I made one painting which was directly inspired by Lagertha – how do you like it? 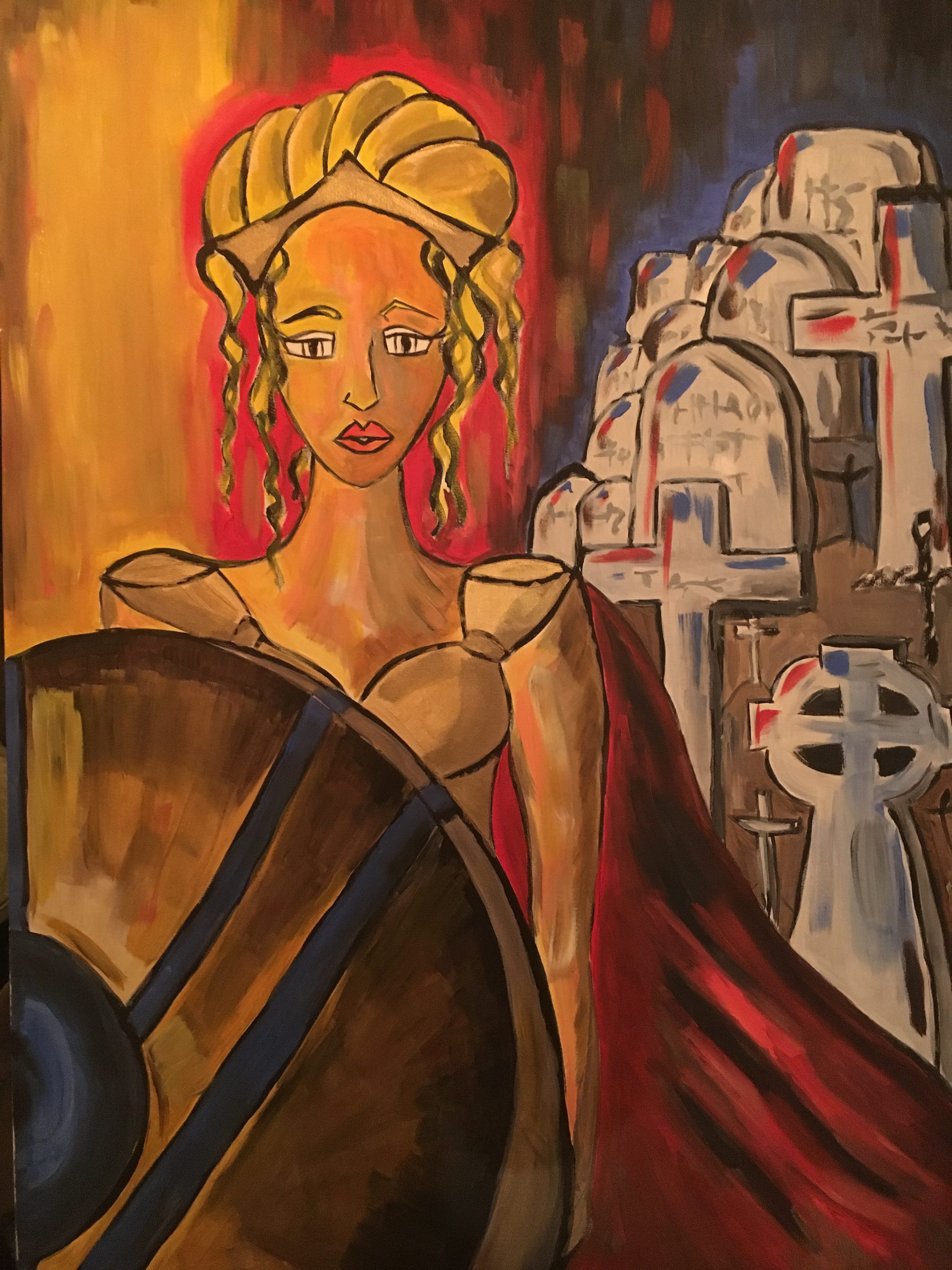