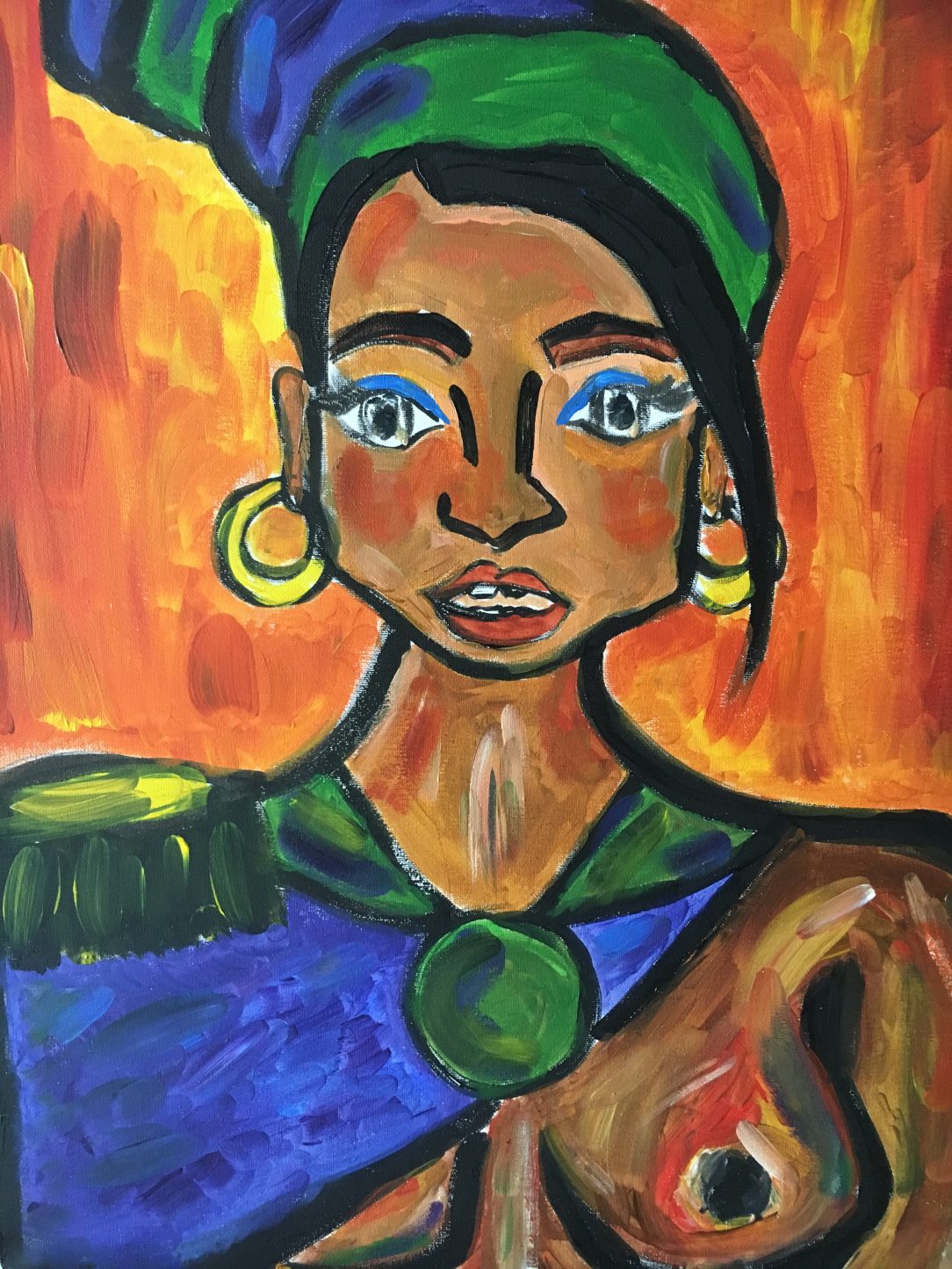 From an early age, I was drawn to strong female characters. My favorite childhood TV show was „Lady Oscar“ – a Japanese manga about the French Revolution and the fictional character Lady Oscar – a woman who was raised as a man and became a General. I love to draw strong and expressive, colourful women who show that they won’t give up out of fear. They fight for their beliefs, no matter if they are about to win or if their situation is hopeless. A great deal of idealism, but that is what I like. 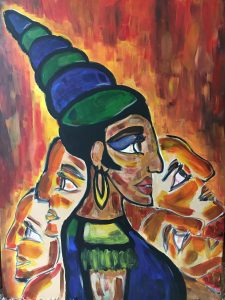 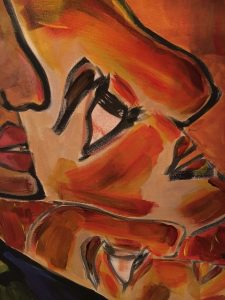 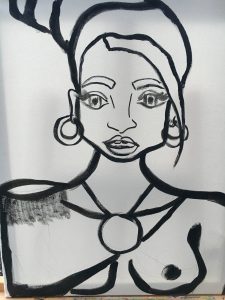 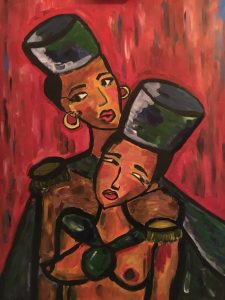 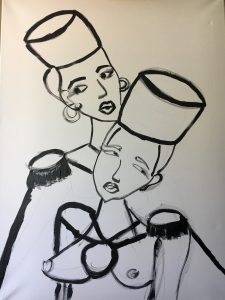 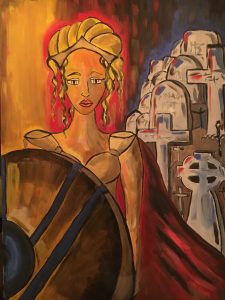 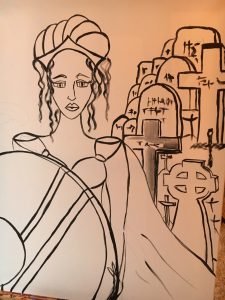