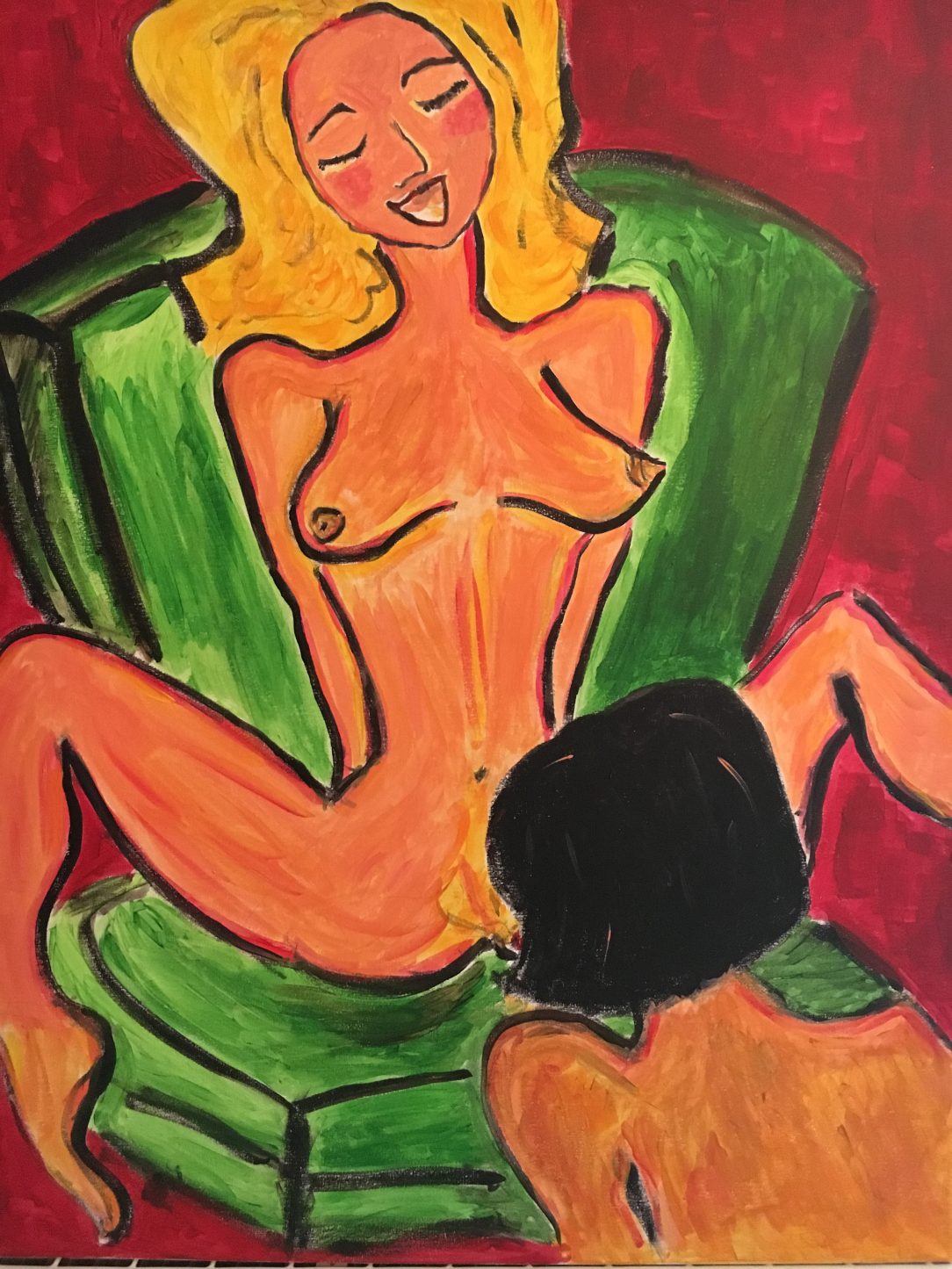 This was my very first painting! Beginning of 2017, I was about to paint my first canvas. My boyfriend Rene was away for the afternoon, and I called him to tell him what I wanted to paint – a serious piece on the different challenges women face nowadays by having to be everything in one – career woman, mother and wife/girlfriend. Rene’s comment: „Hm, sounds interesting, but can’t you draw something fun?“

That made me think. My first painting should be something joyful. Well, imagine his face when he entered the room. He grinned. „Great, I am happy she enjoys herself“. Most of my friends were a bit shocked when they first saw this painting – jupp, we live in a free world but a woman licking in form of a painting still seems rather unexpected for most.

I originally had two ideas for this painting: „taboo“ or – to make it funny „At the gynecologist“.

But recently during the preparation for my first exhibition „Female warriors“, I decided that it can have a deeper meaning as „just pleasure, no duty“. Had I drawn a man and a woman, it could in the context of my exhibition still mean that the goal of this sexual act is reproduction. But a woman together with a woman, means we fought and succeeded to live in an age when pleasure stands in its own right and is not a means to an end. In sharp contrast to former times and my painting about Henry the 8th and his six wifes („Divorced, beheaded, died, divorced, beheaded, survived“) – the ultimate goal being the duty of reproduction. Pleasure should not be a duty. 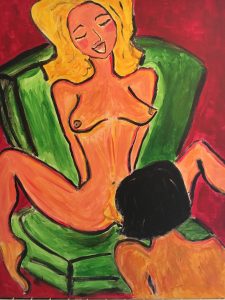