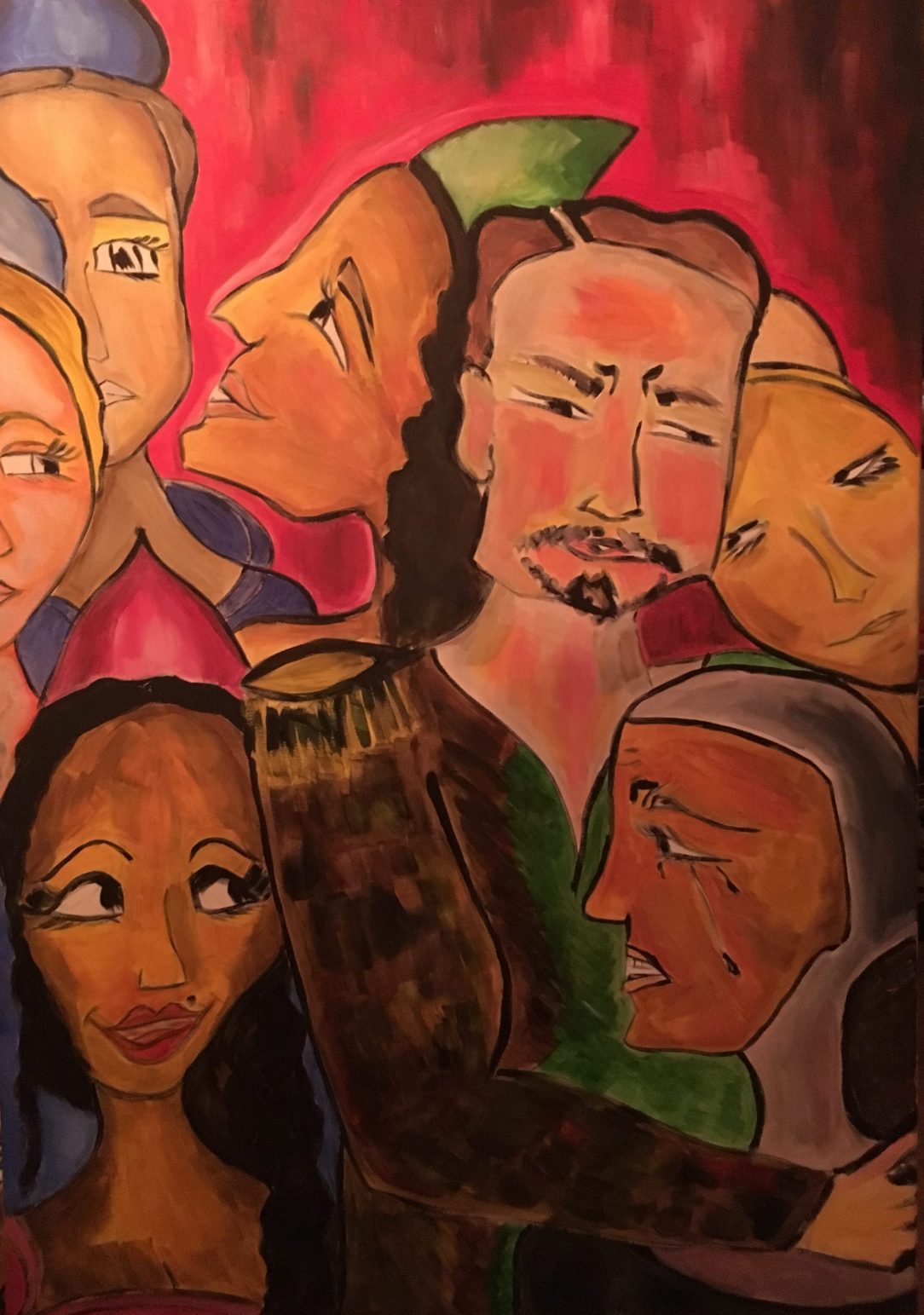 I have always been a history nut, and one of my favorite stories is that of Henry the 8th and his six wives. I am particularly fascinated by the character of his second wife Anne Boleyn. When I drew this painting, I just wanted to depict the different characters of his wives. Then I thought it is interesting to make a play out of it: „can you figure out who is who, e.g. which of the ladys is actually my Anne?“ The solution is that there are several options that make sense, so there is quite a lot of room for interpretation.

What I realized when preparing for my exhibition „Female Warriors“ 2018, is that I depicted not just various historic characters, but oppression and disrespect. A man who had six wives, who would be ready to behead them if they were disobedient in his opinion, who mostly expected them to give birth to sons, to be beautiful (he divorced his 4th wife because she was not pretty) and to be silent instead of outspoken. 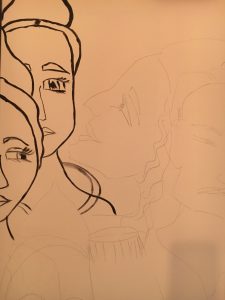 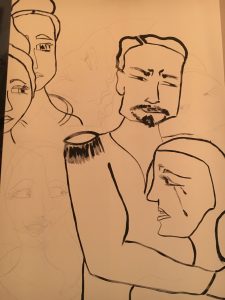 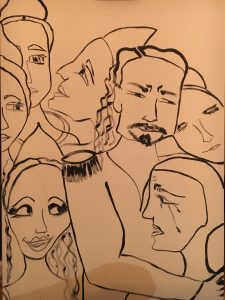 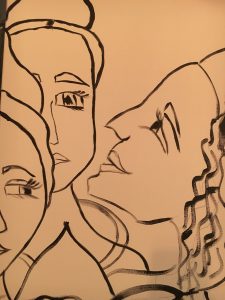 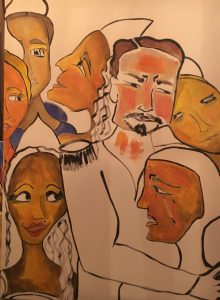 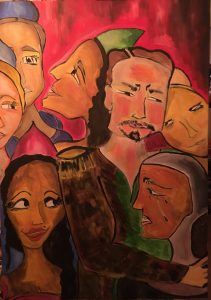 There is a poem (unforuntely I don’t know the author), which I find very fitting here: