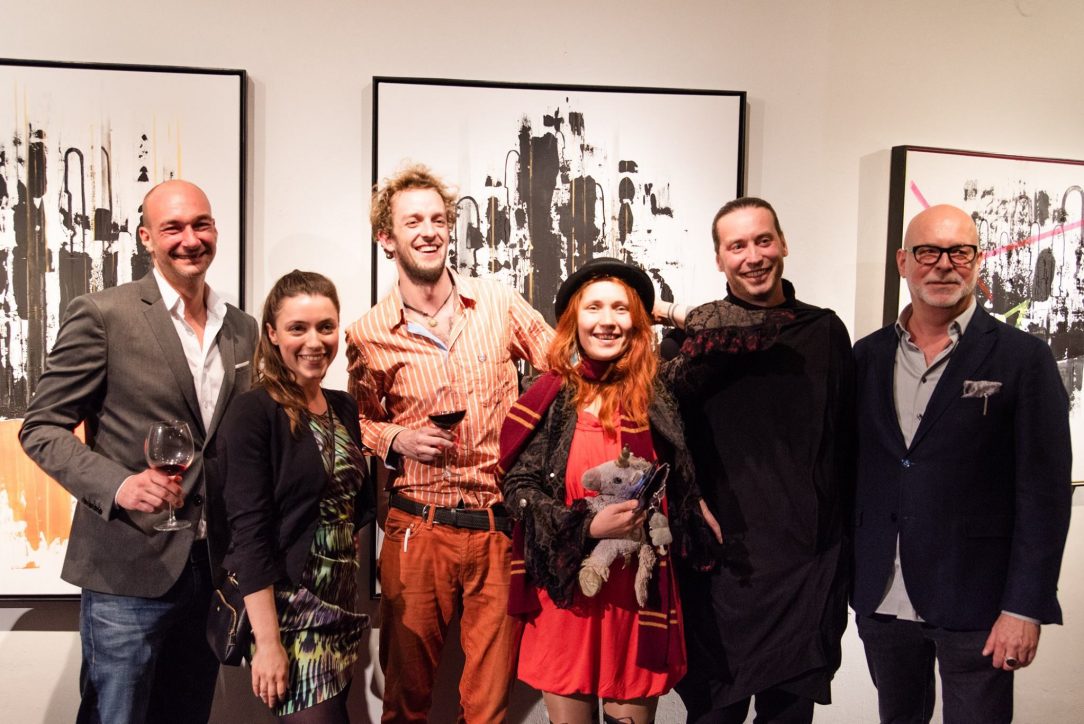 Dear friends, it was a relaxing and incredibly hot summer, but now it is time for a new exhibition 😉

Very excited to announce that I was chosen to be one of the artists at the group exhibition „Beyond Art“ at the brand new branch of an Italian art gallery 🙂 Three of my signature works are there on display. The exhibition opening was on Friday, 26th October and it was a great success. The gallery was crowded right when we opened, there was beautiful live music, an intriguing nude live painting performance and diverse paintings. Find the event photos below (photographer: Bruno Kubitz), as well as more information on the exhibition and the different artists. Special thanks go to the amazing organizer of the exhibition, Romullo Azaro – I am so happy and thankful to have met a gallerist who is so supportive, curious and openminded! 🙂 This is definitely not always the case, which is why I emphasize this aspect so much. 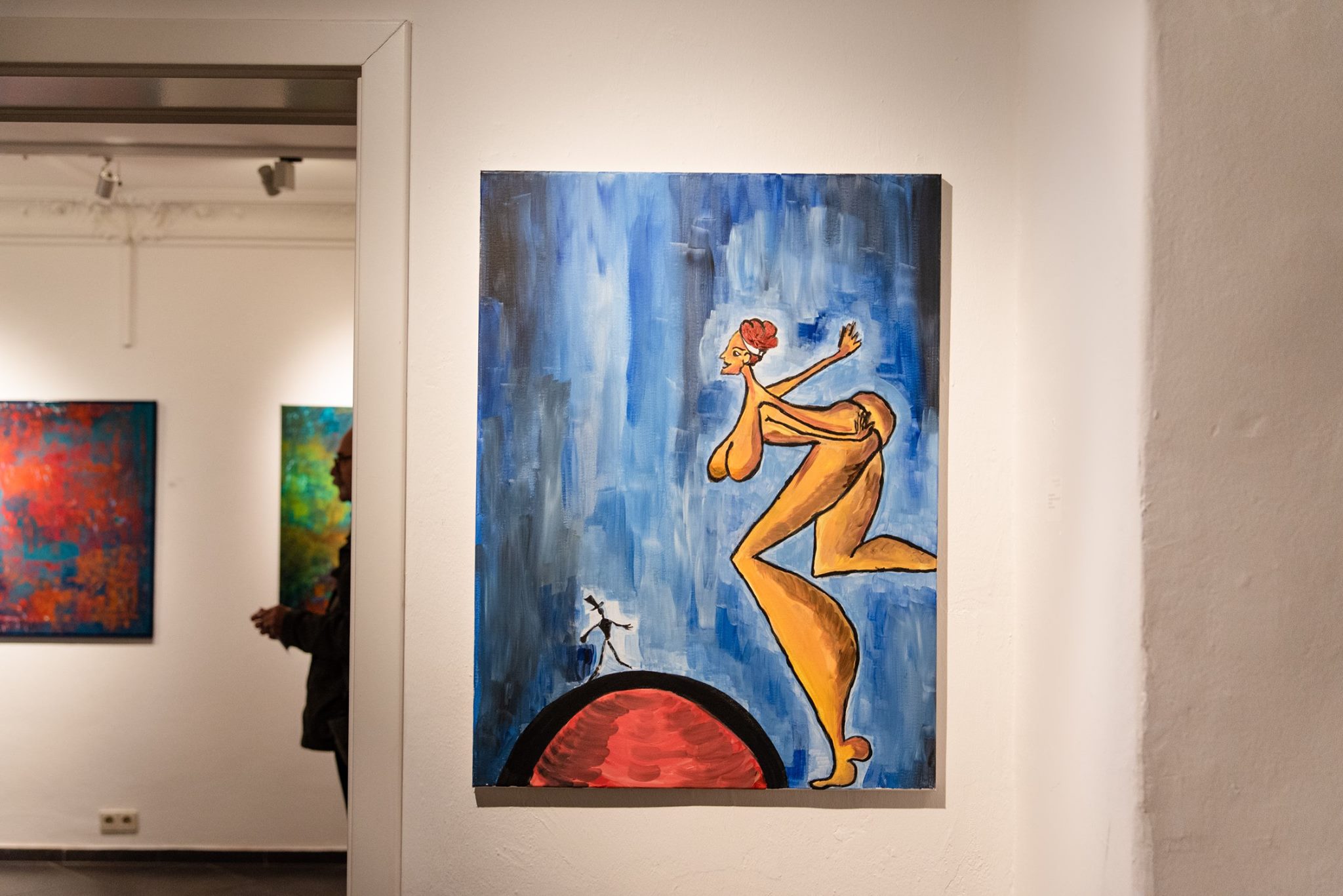 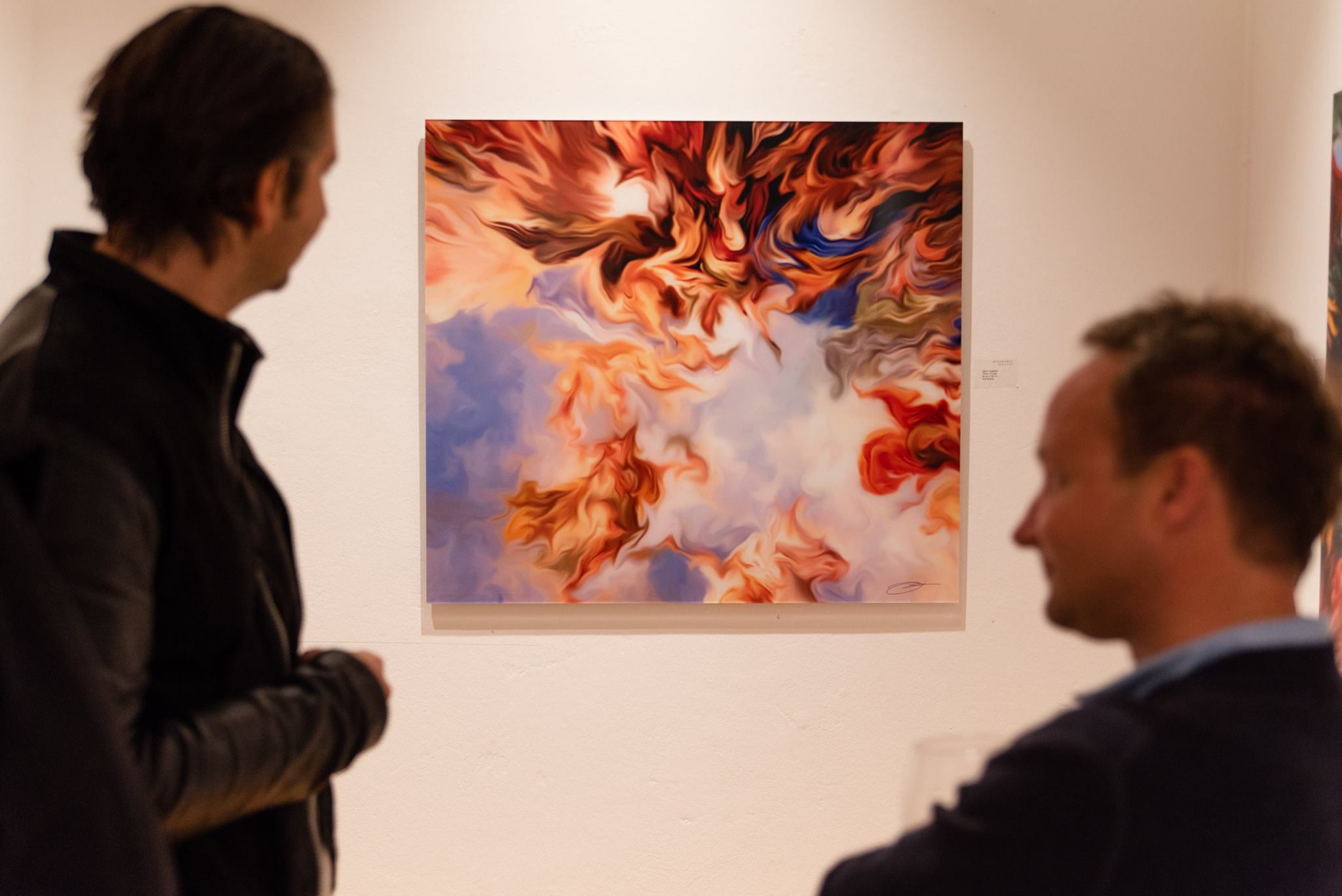 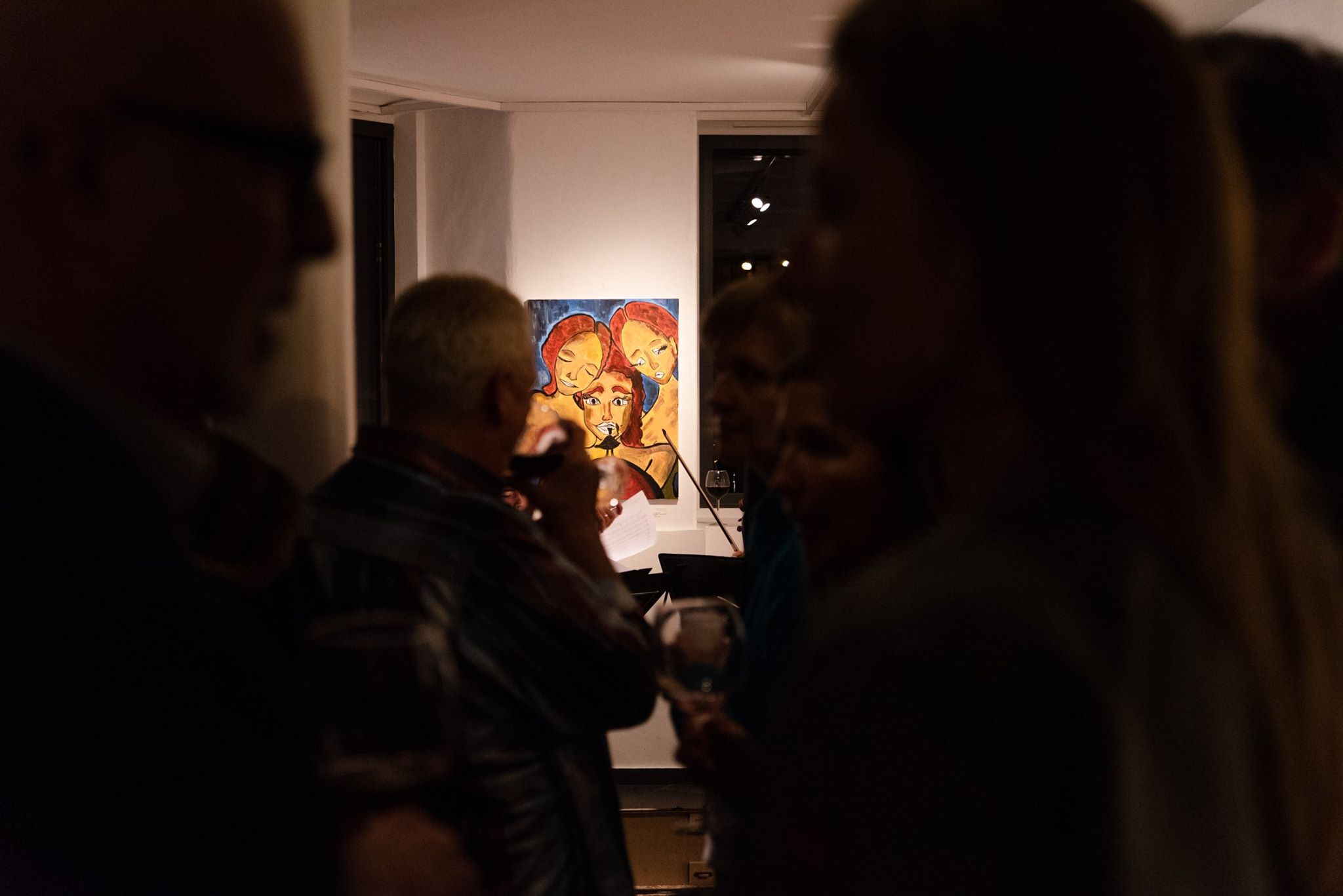 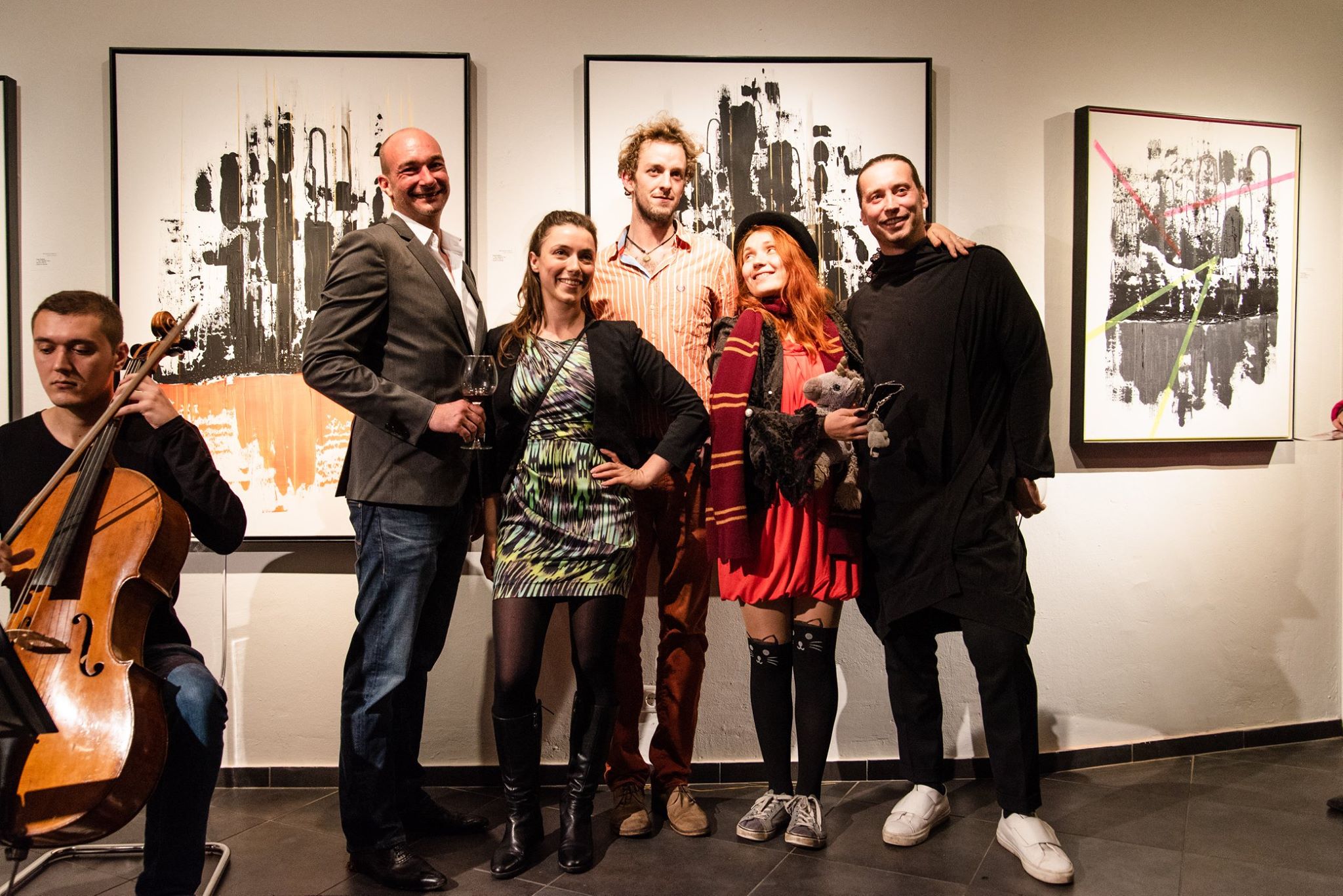 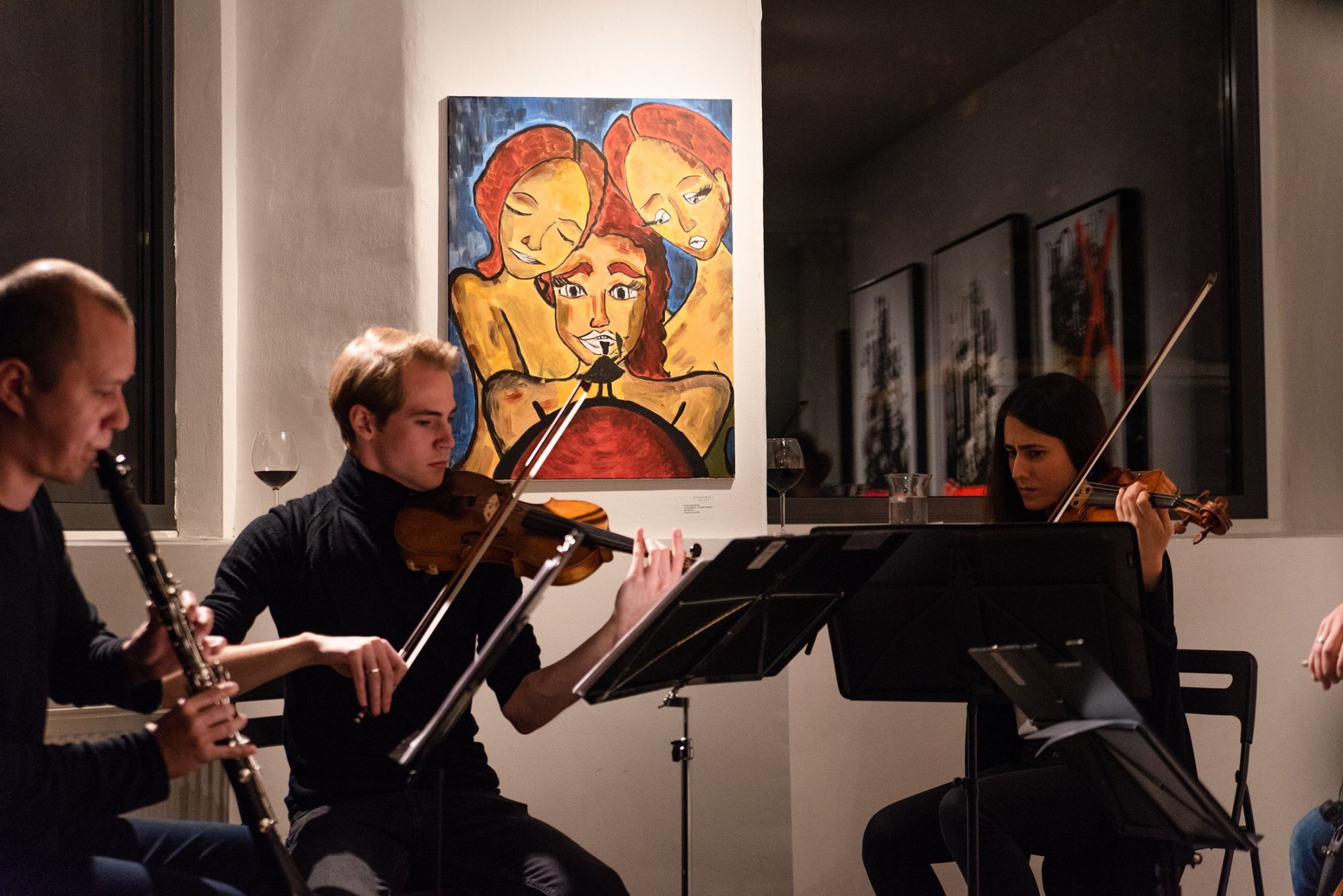 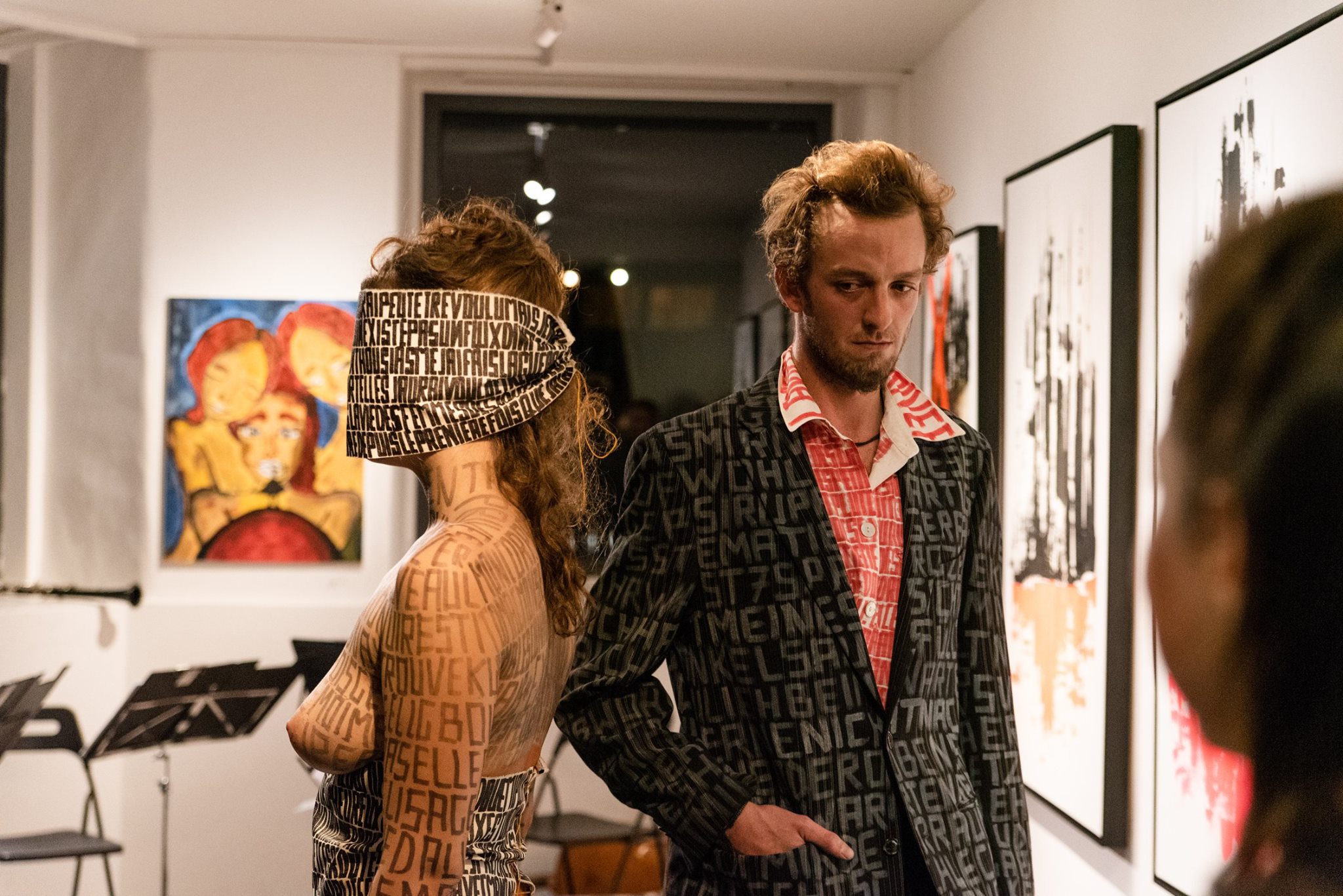 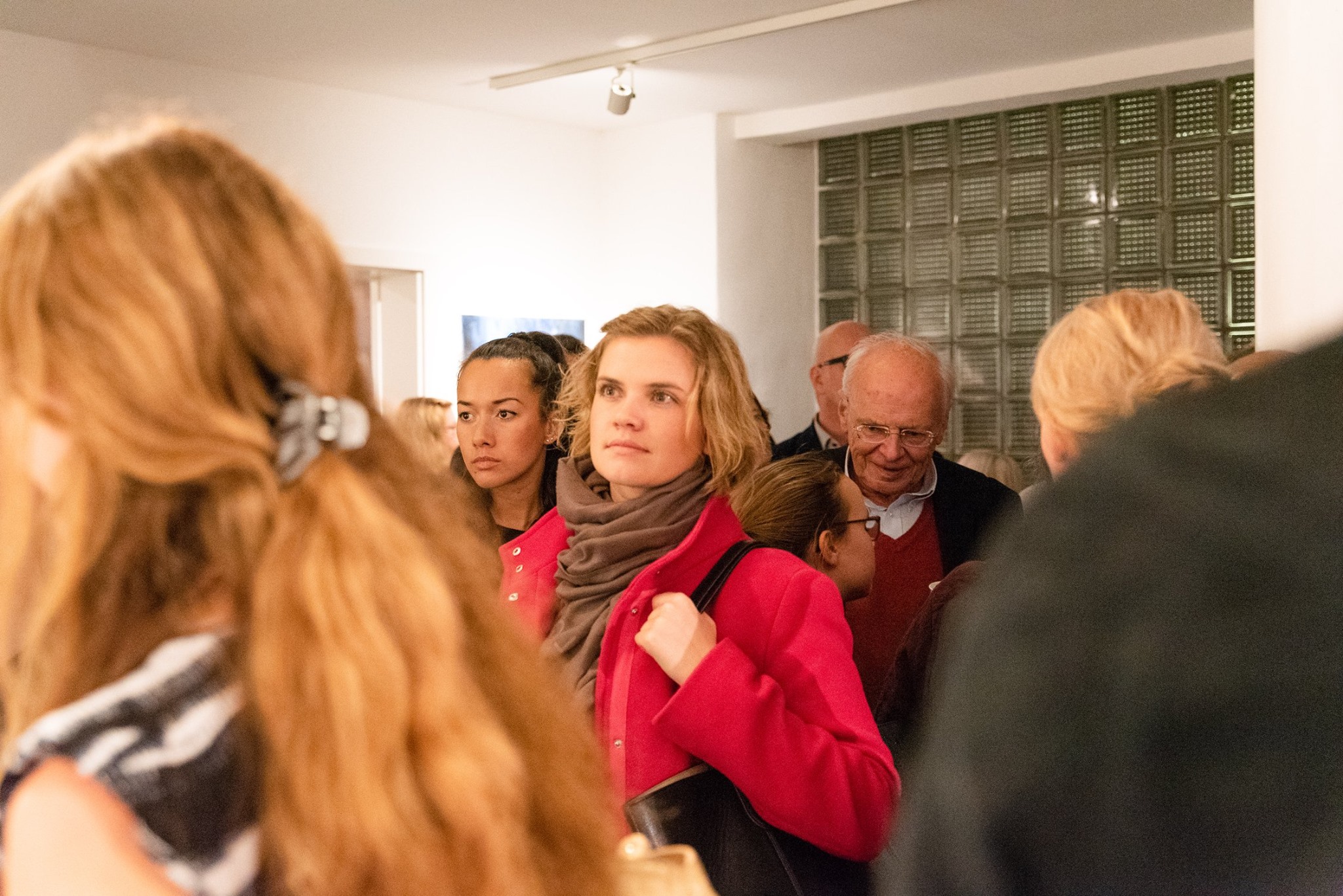 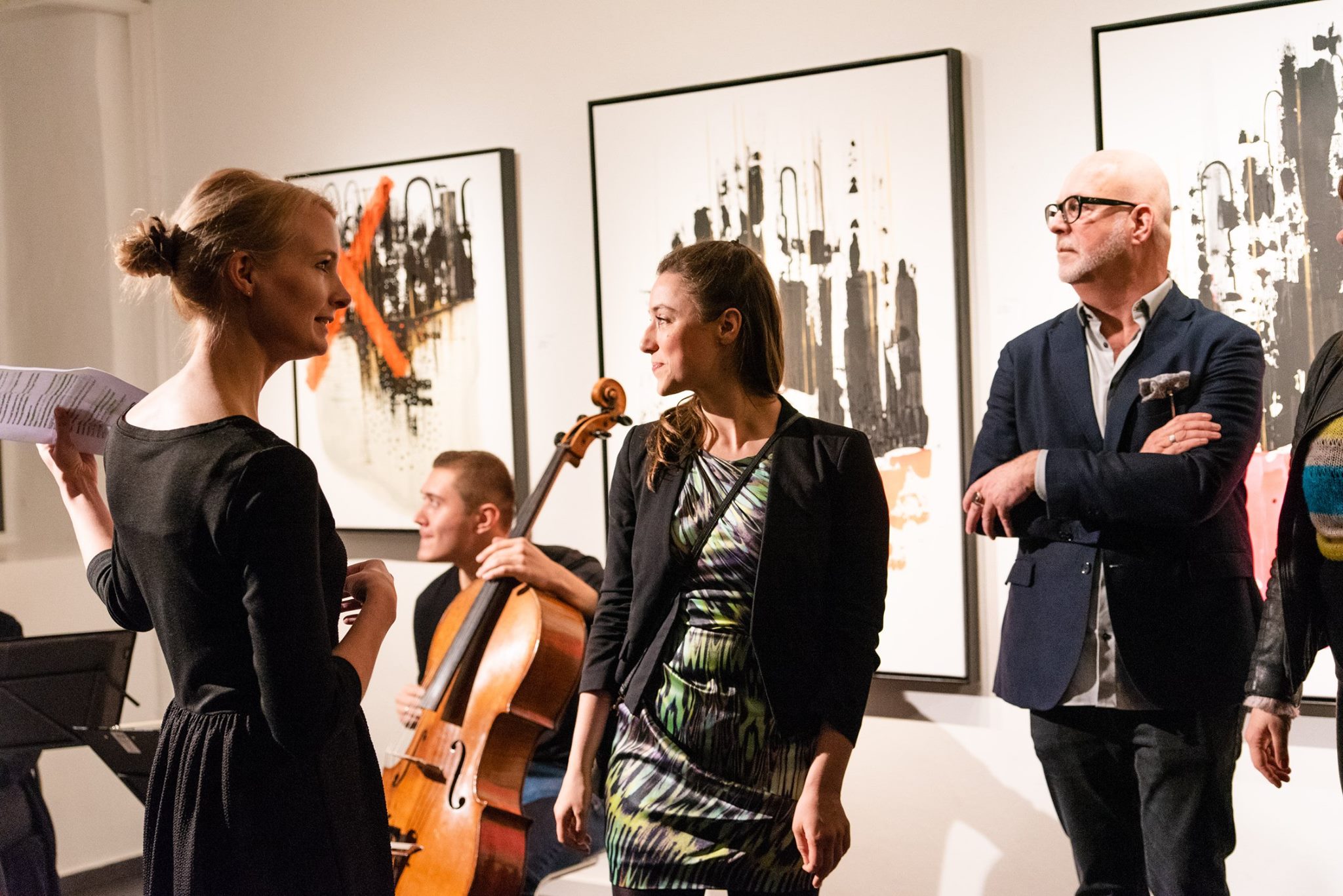 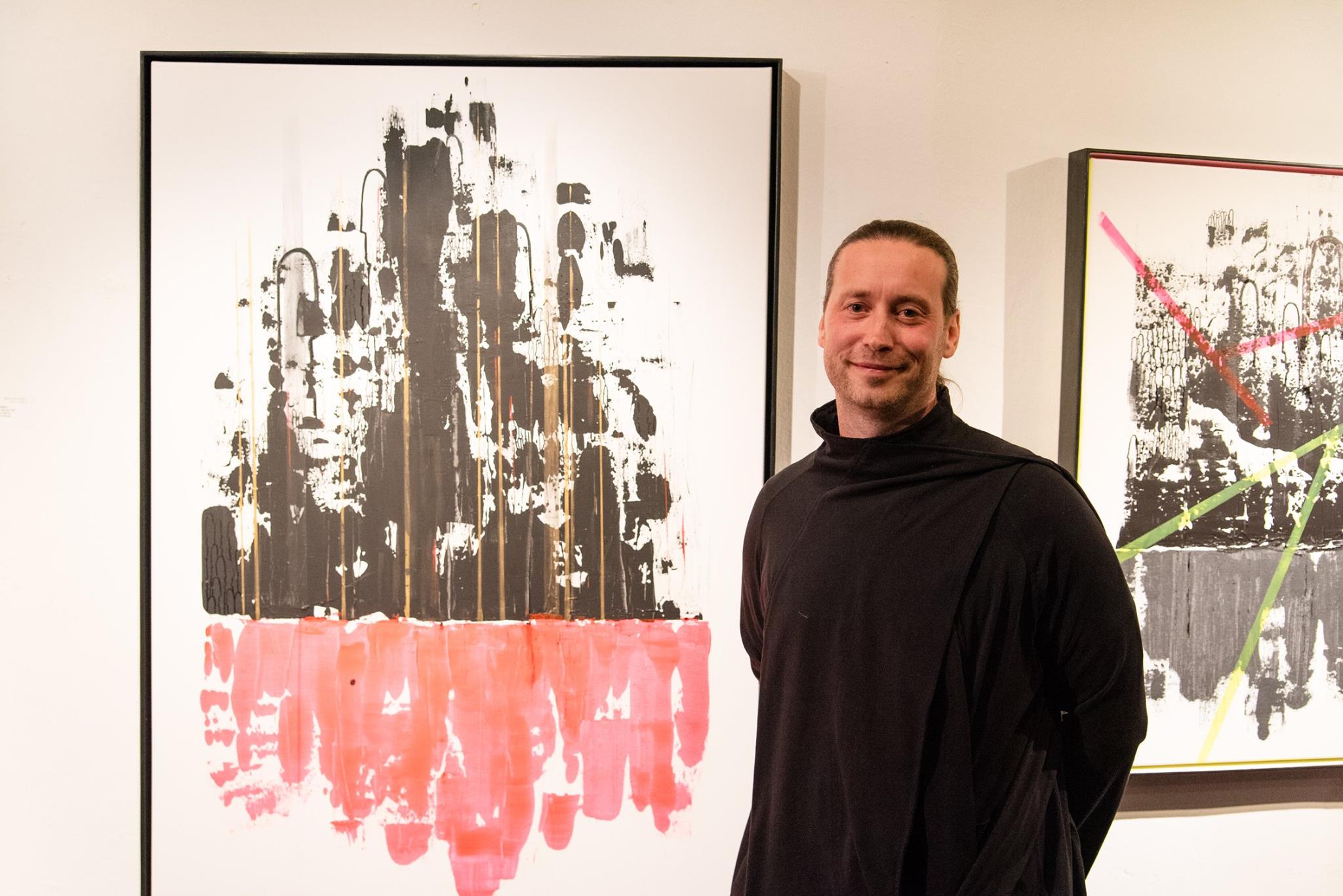 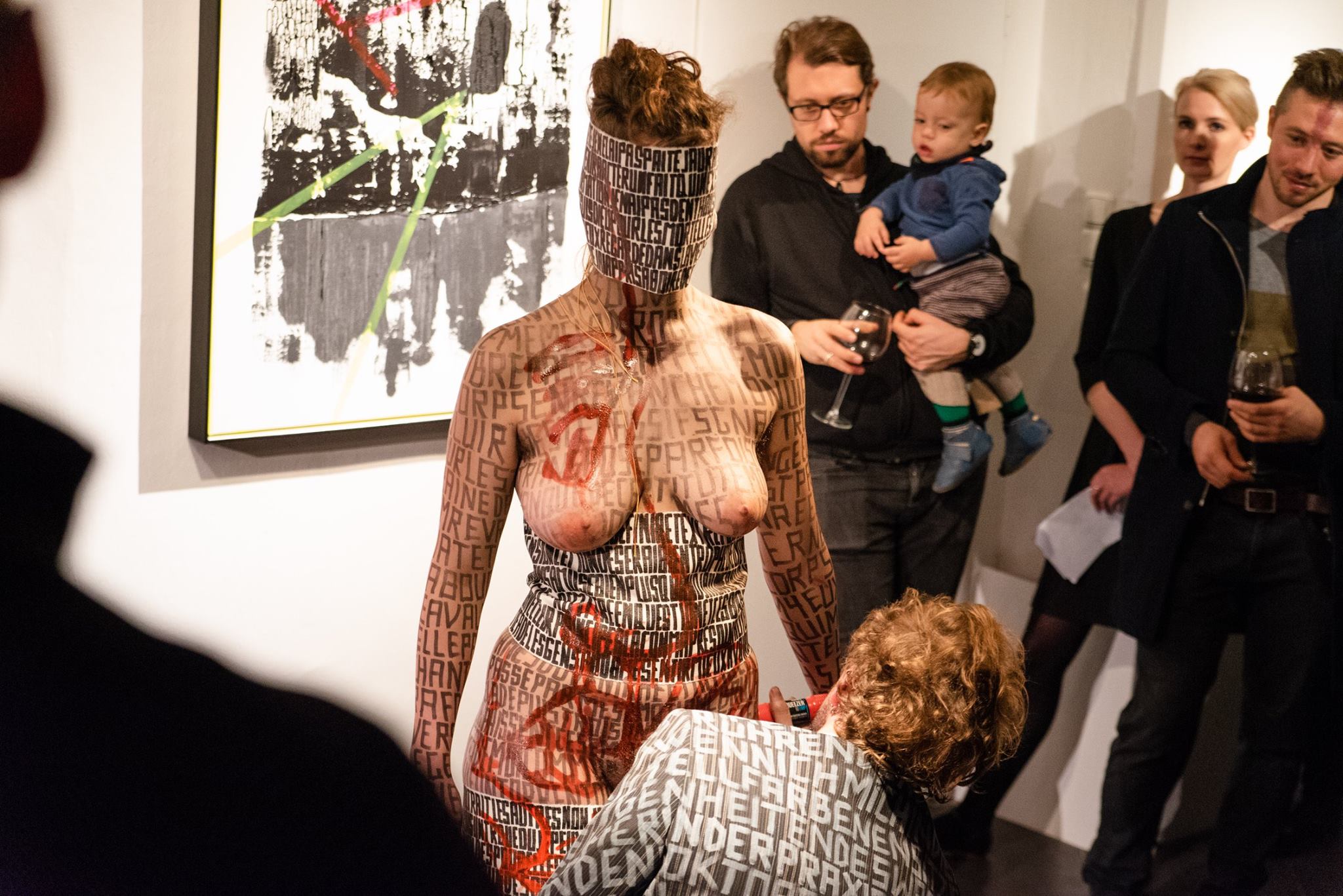 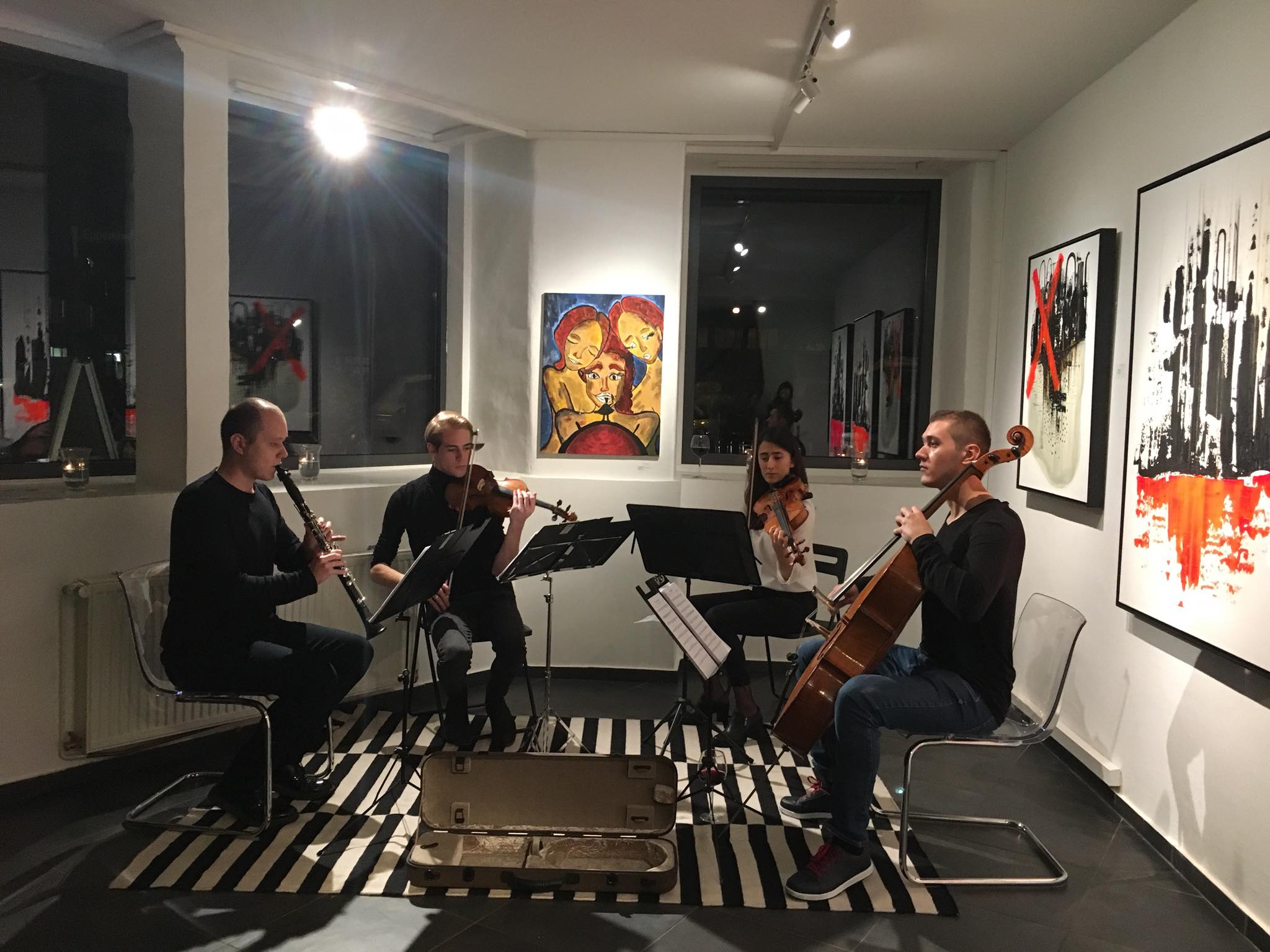 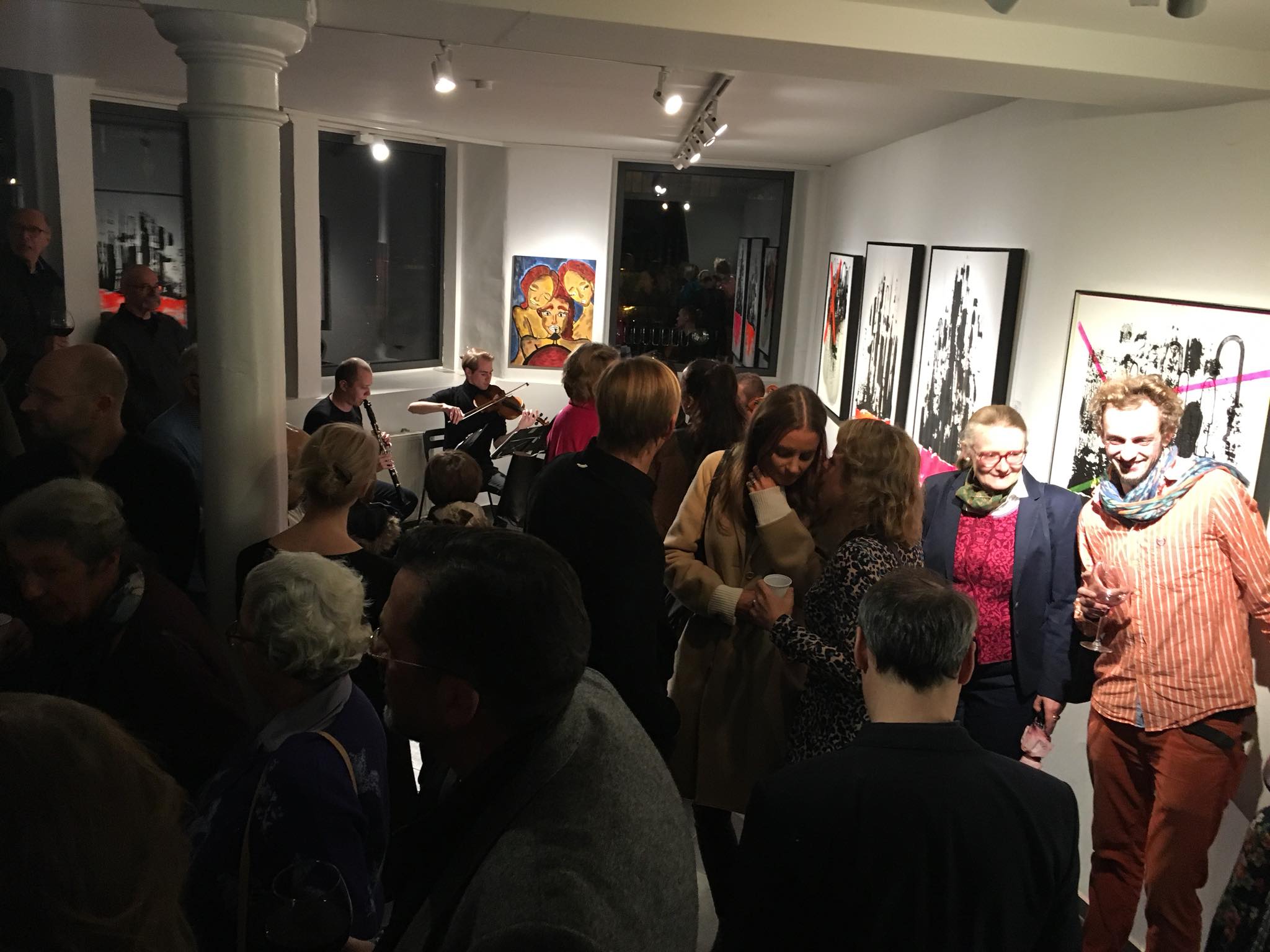 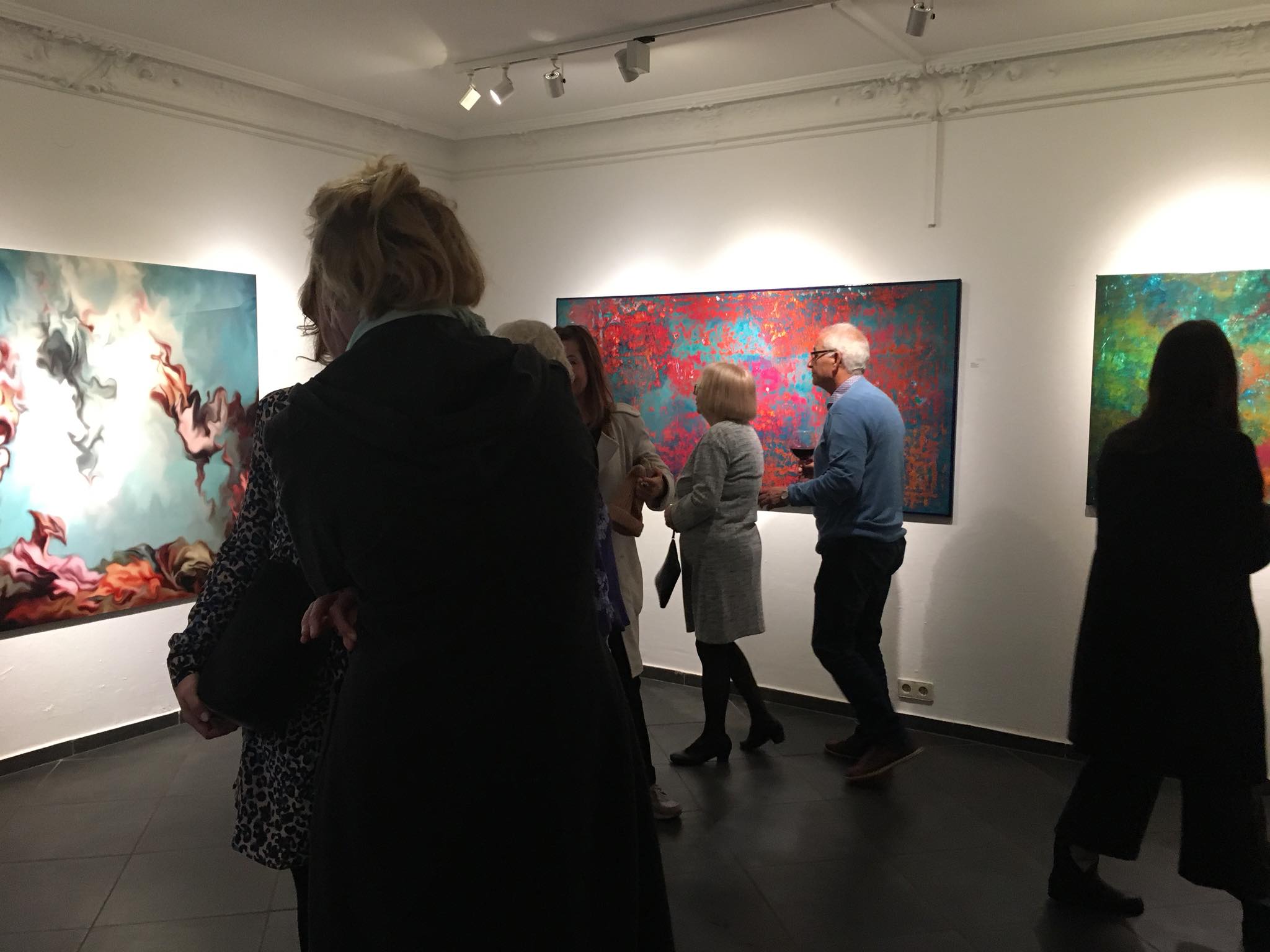 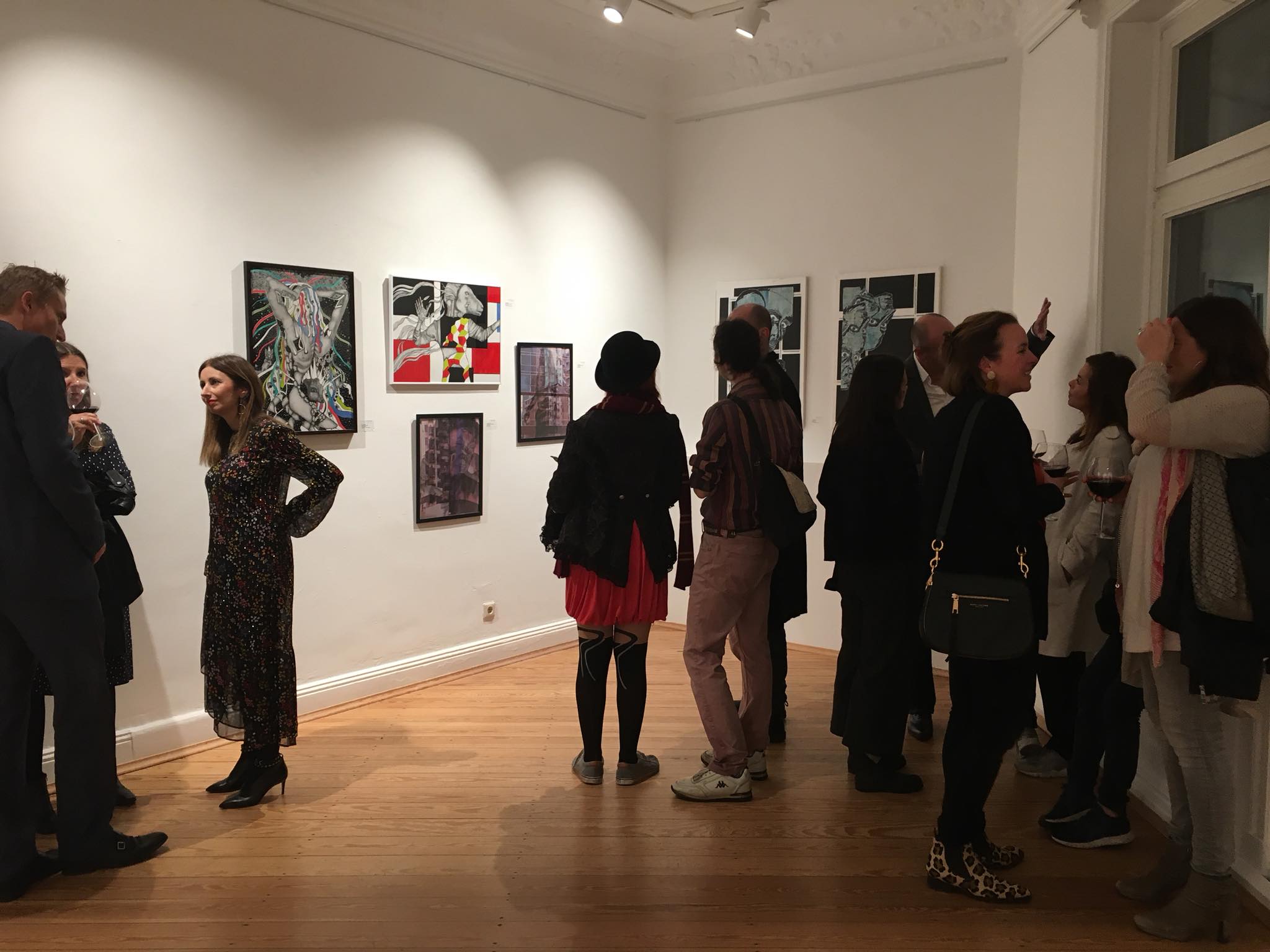 What’s “Beyond Art”? New medias, new concepts, the transpiration beyond the creativity. What’s beyond art? Art that does not just look nice, or special, or beautiful, but that has a meaning, tells a story, stands for something, makes you think.

A group of impressive artists will bring their interpretation to this group exhibition. You simply cannot miss it.

Anna Ladyshenski’s art tells the stories of strong women, leadership, struggles with the own identity and reflections on society and feminism. Since 2016, when her first feminist painting was finished, she has painted 30 works of art and had several exhibitions at different locations in Hamburg. Her first exhibition “Female Warriors” in March 2018 was mentioned as a culture tip on TV (NDR) and in the popular events guide heuteinhamburg.de. Her work goes “beyond art” because it is “art with a meaning, a story, a message. Yet it is art that is open to interpretation”.

In the creative process, Jason feels deeply connected with his soul, his spirituality… with God. His neopaintings are purely intuitive and are reflections of his personal feelings and universal inspirations. In doing so he moves in the spaces of our lifes that we are able to perceive, but which we often hide or ignore in our daily life. Especially in our restless and sometimes superficially appearing world, he wants to act as a mediator and reminds of the love, freedom and joy that we all have as our birthright. That is Jason Engelbart’s artistic vision and his self-choosen mission.

She’s an international artist who didn’t lose touch with the traditions and the very special spirit of her country, which deeply affect her art. Former Philosophy student in Moscow, this field changed her perception and gave her endless range of themes for contemplation. After finishing university and living in Paris, she understood that the best way to express her ideas is Art. She went through many different techniques but at the moment she’s in love with ink stippling.

The human world of experience and its abysms is a continuous source of fascination. Producing art is his way of approaching this world and making sense of it, not rationally but primarily emotionally. The challenge is to translate these insights into a broader, socio-critical picture.

Being in the picture, immersing yourself in a deep and wide colored space is what the large-format works of the Hamburger painter Nik Wittern offer. His almost monochrome acrylic painting emerges in a lengthy process of paint-brushing and partial, careful redemption. Theme is often just a color with its variations.

Ever since his childhood and during his studies, painting has always been close to his heart. But in the very time-intensive years as a creative director and father, he lost this love a bit out of sight until his daughter brought him back to painting.

For 2 years now, Steffens has been working on his paintings, creating abstract artworks in his studio. In his series “… ach, Mensch“ (…oh, man) it is about the human being, his dullness and lack of will in the crowd (in the masses?), the greed and its effects on the environment and nature, which recoils (strikes back?) at some point, as well as the helplessness as an observer.