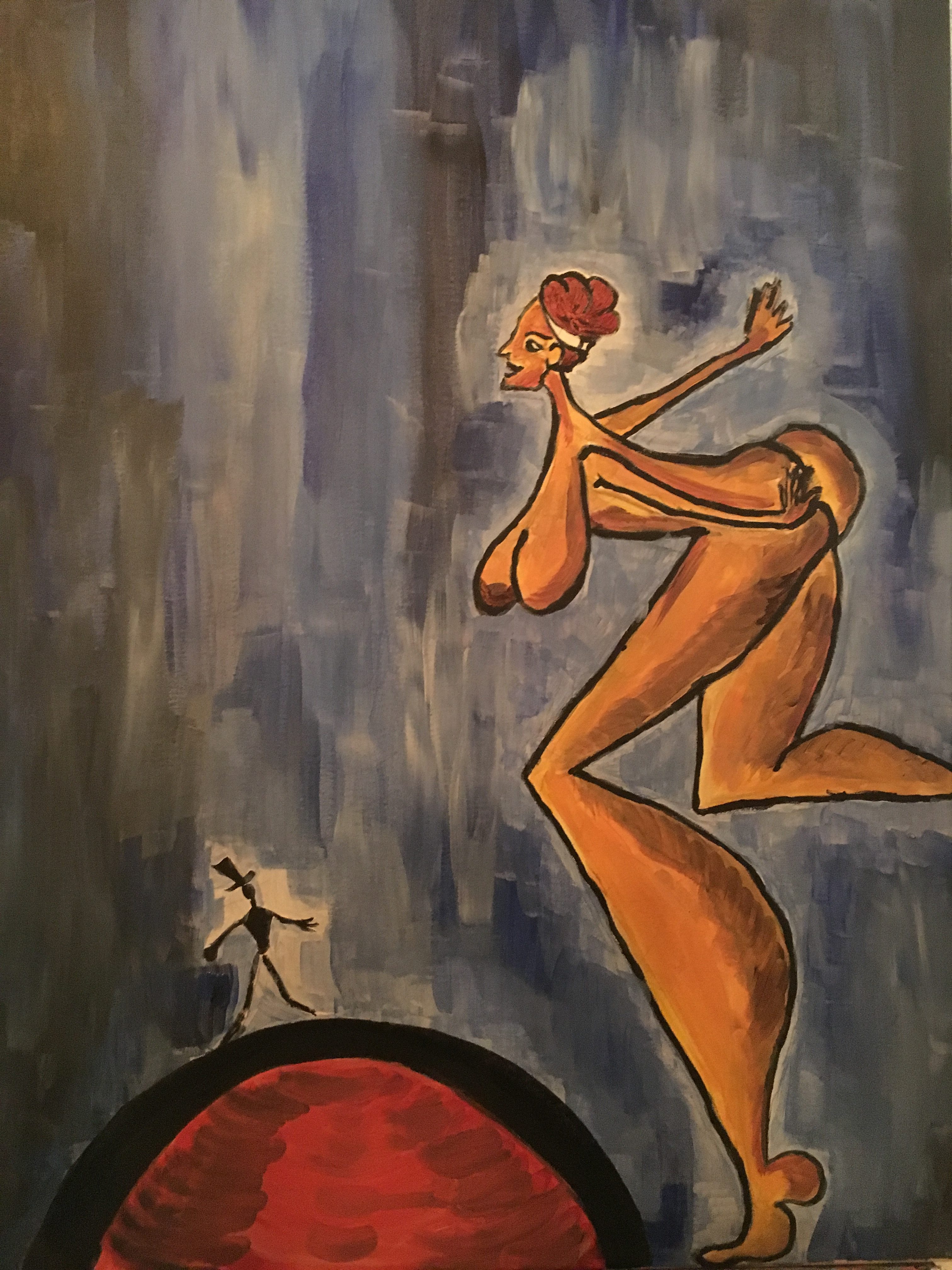 When I finished this painting, what crossed my mind was the feeling of empowerment. Venus rising, overrunning the formerly male run planet Mars with her joy, creativity and vivaciousness. She is not ready to fit into the old ideals of a woman being small, cute and silent. Her curves and her size are a statement in itself: „I am who I am – I am free and this is good“.

But in gaining more and more, have we just won what is rightfully ours or have we become conquerors ourserves? Are we starting to gain undue preference (like female quotas in German board of directors)? Are we defenders or conquerors and which of these do we want to be? 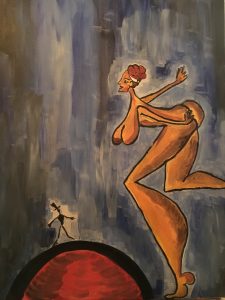 Regarding the painting below, „Female Goliaths“ – I love that the faces, the style and the expressions remind me of classic icons turned into a modern picture. The painting can bring across diverse messages. According to my own interpretation, it is about women conquering Mars (male dominated areas of life) but doing so in an enexpectedly non-violent way. The man feels the need to defend himself but they are not classic attackers, their expressions are diverse but not a single one is violent or cruel, rather peaceful, pityful, maybe a little happy, sad or astonished. Do they take what is theirs or do they think that they take something that doesn’t belong to them and are aware of this?

My friend Konstantin Odin, photographer and philosophyer, pointed out that me naming this painting „Female Goliaths“ makes it interesting and contradictory too because we usually interpret David as „the small, good one“ and Goliath as „the big, bad guy“. But how can it be that in this painting, this interpretation is completely switched? The „Goliaths“ are non violent and we don’t associate them with the typical traits that make us think of Goliath.

And what does it mean for female fight for rights and the female conquest of Mars? David won against Goliath, but he was actually fighting just one Goliath, not three. Here in contrast to the old testament, it seems quite clear the females will win their war – in a non-violent way. What do you think and how do you interpret these artworks? 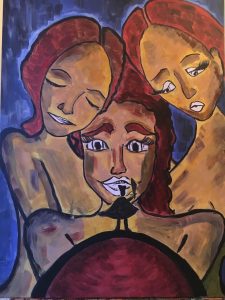